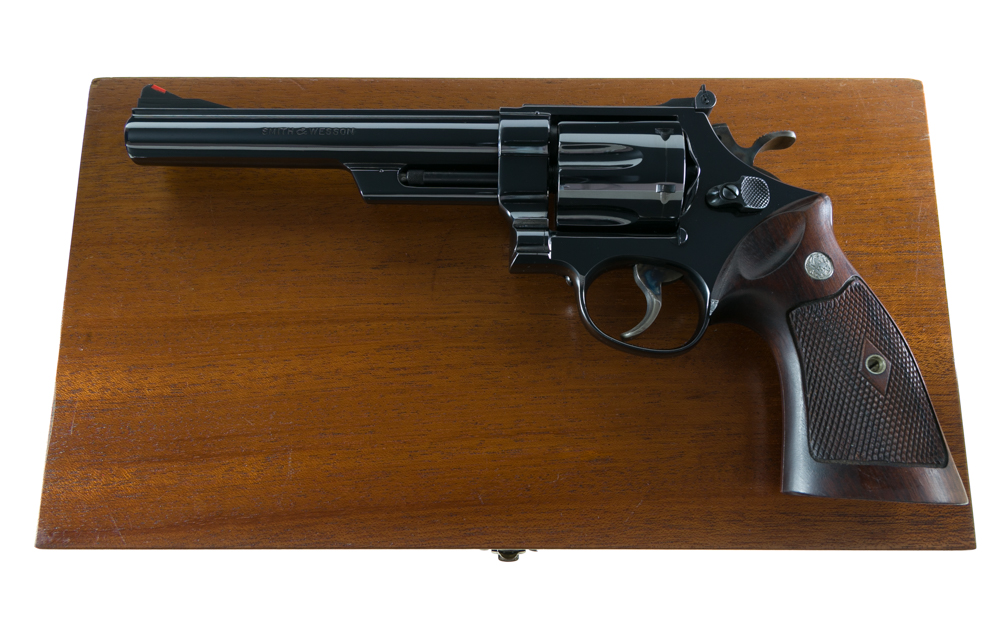 Built in 1957 on the four screw N-frame this rare and sought after Pre-Model 29 is one of the small handful made with the forward roll markings. These barrel markings are recognized by knowledgeable expert collectors of the .44 Magnum as a factory “set-up” error, as all known examples having this type markings are in the same mid-170,000 serial number range -and- none of which were shipped until 1960, three years after they were obviously produced, when S&W finally chose to release them for sale rather than replace the barrels.

This fantastic example is complete in the original clamshell presentation case with all the cleaning tools and remains in outstanding mint condition. The gun retains 99% of the original bright blue finish and the original checkered Goncalo Alves ‘Coke Bottle’ diamond target stocks are every bit as crisp and mint as the gun itself. An outstanding N-frame that will never need to be upgraded in any way!