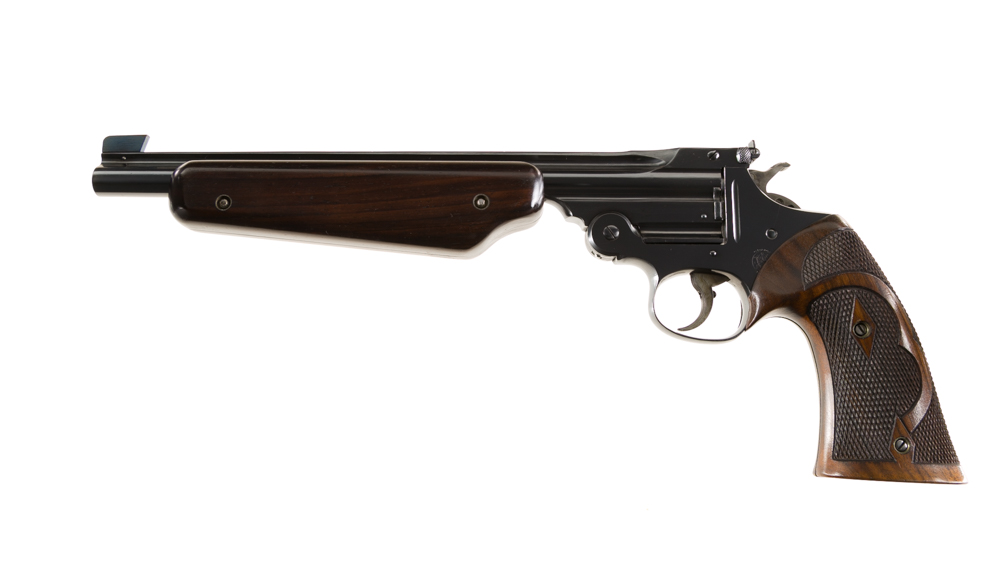 The Smith & Wesson Historian, Roy Jinks, puts it best in the factory letter, “This looks like a great target shooters pistol.”  The factory letter further details the guns original shipment on November 16, 1920 to Leon Wing. Leon Milo Wing was born on January 30, 1885 and passed November 5, 1961. He was a member of the United States Revolver Association and lived at 38 Suffolk St. in Springfield, Massachusetts.  He is listed in the 1924 USRA roster, and worked as a Sign Writer in advertising.

This is an extremely fine 3rd Model Single Shot with an Olympic chamber. The gun is fitted with two-screw Roper target grips and rosewood forend. The gun has been expertly modified with a trigger stop, hammer lightening, patridge front sight blade and matching extra-height rear sight blade punctuated with a truly fascinating cartridge support added to the ejector.

The gun retains 99% of the original high luster blue finish with only faint and incredibly minor collector-type handling evidence. The bore is mint and the gun functions perfectly in single-action-only.