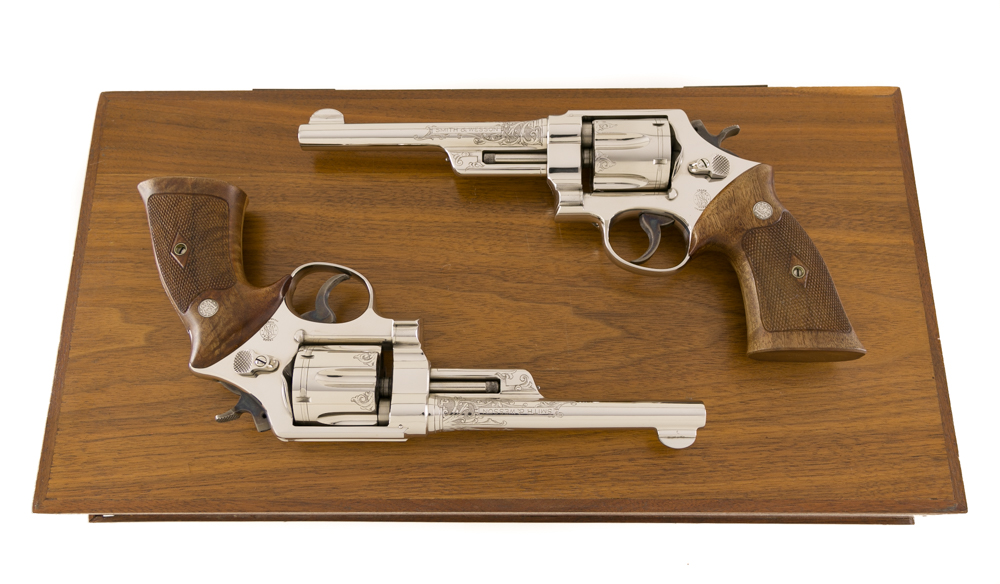 Of special interest to collectors are the prototypical grips, seen in similar style on less than three other known examples. The grips here pre-date ‘Cokes’ by more than five years! Note the non-relieved area, checkering pattern, medallion style and tell-tale carving pattern from Al Gagne or his son Mathias, both of whom worked in the S&W stocking department.

These are the first known Smith & Wesson factory engraved examples made after World War II. Both guns retain over 99% of the original nickel finish with only a faint touch of aging along the half-moon front sight, surely from laying in the deluxe period case. The bore and cylinder chambers are mint and both guns function perfectly.

Bar none the finest examples of the model to be found, period.