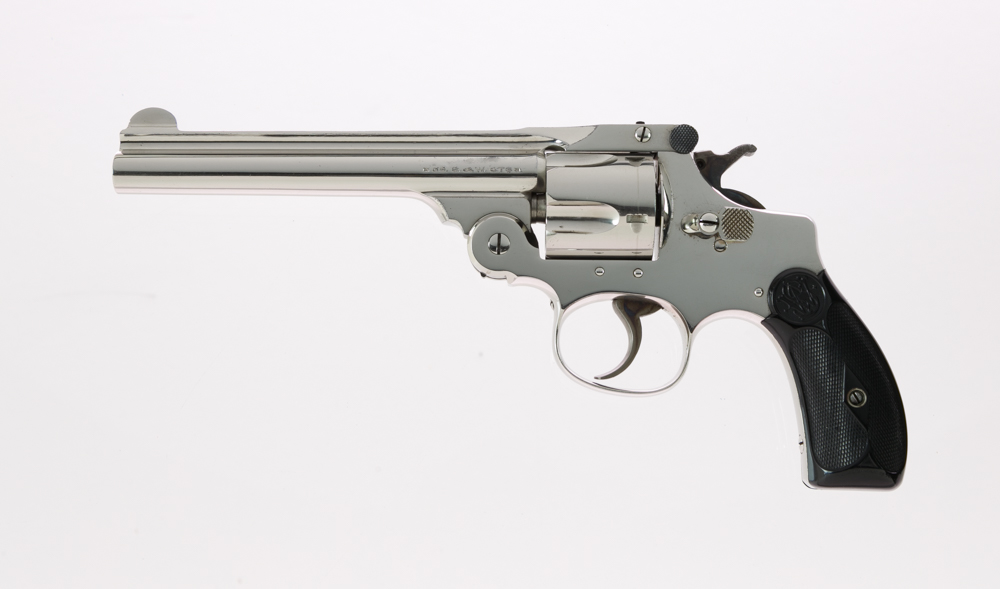 Built in the last year of production in 1920 this seldom seen .38 Double Action Perfected is equipped with a 5″ barrel, original nickel finish and checkered black rubber service grips. The only S&W model to have been produced with the double-latch opening mechanism, this fabulous and very striking I-frame ‘Perfected’ remains in outstanding condition throughout. The gun retains 99% of the original nickel finish which is bright and clear with only the lightest of collector type handling evidence and aging present. The bore and cylinder chambers are mint and the mechanical working order is flawless. Among the last .38 DA Perfected’s to come off the assembly line, a definite ‘must have’ for the S&W collector who specializes in early 20th century revolvers!